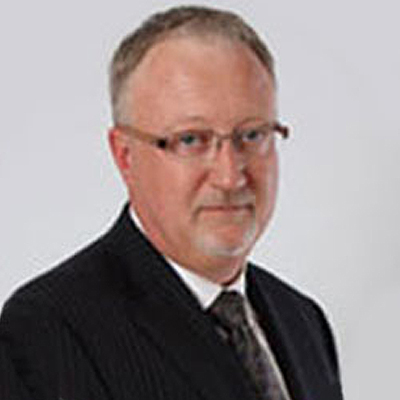 Raised in South Mississippi, Mr. James H. Webb began his career in 1978 as a registered radiologic technologist working at the local county hospital in Laurel, MS. In 1984, Mr. Webb moved to Dallas, TX and was appointed the Director of Radiology at HCA Lewisville Memorial Hospital. While in this capacity, he earned his Master's degree from the University of North Texas and served on the executive advisory committee for the hospital.

In 1988, Mr. Webb accepted a position as Vice President of Operations for Linc Scientific Imaging and was instrumental in assisting the company in its rapid growth to become the third largest provider of mobile MRI services in the US. After the company was sold, Mr. Webb relocated to Atlanta to become a Regional Director of Operations for Health Images, a publicly traded company specializing in outpatient medical imaging centers.

In 1992, Mr. Webb moved to Boca Raton, FL and joined International Magnetic Imaging, a 15 facility, physician joint ventured organization, as Chief Operating Officer. Mr. Webb was a key member of the team that developed and implemented a strategy to meet the requirements of the Stark legislation and divest the ownership interest of the investing physician partners. After five years with this organization, Mr. Webb decided to spread his entrepreneurial wings further by forming Paradigm Healthcare Corp., with developed and owned facilities in South Florida, the Caribbean, and Latin America. He sold this company in 1999. 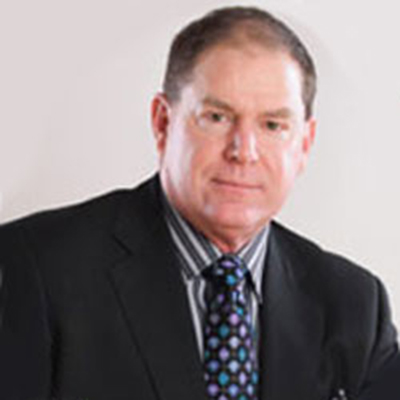 Mr. Groesbeck has over 30 years of technical, operations, and sales experience in the radiology sector of the medical industry. After graduating high school, Mr. Groesbeck embarked on an eight year career in the US Air Force, where he received his training in radiologic technology. While in the Air Force, he served as radiology department manager for the base hospital that served both military as well as a civilian population. After leaving the Air Force, Mr. Groesbeck began his new career in radiology sales working in various sales and management positions for EZ EM, Konica, and ATL.

In 1996, Ted formed Diagnostic Imaging Solutions (DIS) and with this vehicle, he began his foray into the entrepreneurial world of outpatient radiology. Through DIS, Mr. Groesbeck provided cardiac ultrasound mobile services, temporary sonography staffing, and equipment sales to cardiologists in both Texas and Oklahoma. Beginning in 1998, Ted worked with Mr. Webb to develop and open an outpatient MRI clinic in Plano, Texas. In January, 2000, Mr. Groesbeck opened Oak Cliff Diagnostic Imaging Center and in March, 2000, he joined Mr. Webb and Mr. Grady Hobbs to form and open Preferred MRI, Inc. (d/b/a Preferred Imaging). Mr. Groesbeck played a key role in the development of Preferred Medical Holdings and its affiliated companies. 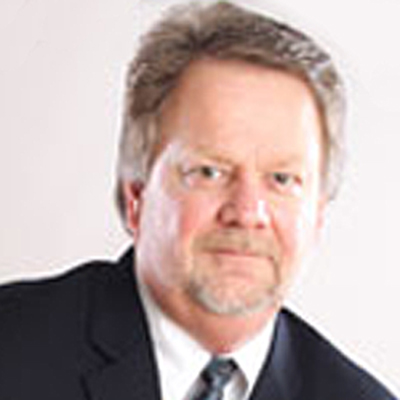 Mr. Grady Hobbs began his medical imaging career in 1979 by completing his radiologic technology training at Rose State College. Immediately upon graduation, he was offered a position as Special Imaging Supervisor at Comanche Memorial Hospital and served in this capacity until 1986. After leaving Comanche Memorial Hospital, Mr. Hobbs honed both his technical (MRI and CT) and managerial skills by working as a technologist and subsequently, Area Manager for Mobile Technologies. In 1991, Grady accepted a position as Area Administrator for Health Images, a public company based in Atlanta, Georgia. While in this capacity, Mr. Hobbs developed and opened facilities in Hurst, Arlington, Fort Worth, and South Dallas.

In 1996, Mr. Hobbs completed his Bachelor of Science in Business Administration from Dallas Baptist University, and in 1997, he was recruited by Kings Medical and served as Regional Business Manager opening Tarrant Medical Imaging. Wanting to put his knowledge to better personal use, Mr. Hobbs joined Mr. Webb and Mr. Groesbeck as a shareholder of Preferred MRI, Inc. As the company grew, Mr. Hobbs used his past experience to play a key role in the day-to-day operations of all the businesses developed and opened by the parent organization, Preferred Medical Holdings, LLC. 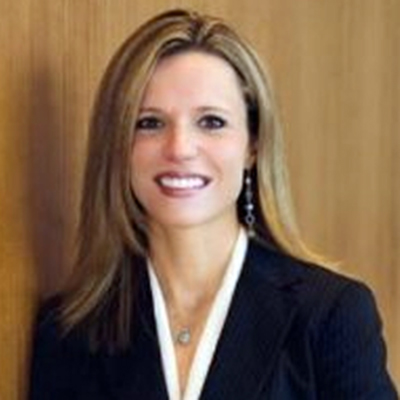 After obtaining her MBA in Healthcare Organizational Management from Texas Tech University, Amy Adams began her career as a Clinic Administrator for Concentra Medical Centers, the nation’s largest network of occupational medical centers. In 2002, Mrs. Adams was promoted to the Operations Manager position and oversaw the operations of five Concentra facilities. In 2003, Amy joined the Preferred Imaging team as Clinic Administrator for their largest facility. She served in this capacity for about a year, playing a key role in the day-to-day operations of the center and the development of the company’s policies and procedures. In 2004, she assisted with the development and start-up of the company's newest facility in Dallas and subsequently, transferred to that facility upon its opening. As the company expanded in January 2006, Mrs. Adams was promoted to Director of Operations, overseeing the company's six imaging centers. In this role, she was instrumental in the growth of the organization to include revamping the Clinic Administrators’ financial responsibilities, developing training programs for new employees, and the implementation of new policy and procedures.

With her strengths in organization and structure, Mrs. Adams used her past experience to assist in the start-up of new centers while maintaining the overall day-to-day operations of the company. Preferred Imaging continued its growth and in 2009, she was promoted to Vice President of Operations and appointed to the Executive Committee, where her focus became strategic planning and business expansion outside the medical imaging arena. Most recently, in January 2012, Mrs. Adams assumed the role of President of Preferred Medical Imaging and oversees this dynamic and growing organization that currently includes 17 medical imaging facilities in three states. She was also named President of the Texas Independent Diagnostic Testing Facilities Association during this time period. Her focus with this organization will be to provide information and legislative support for all independent diagnostic testing centers in Texas. She continues to exhibit a passion for patient care and an active interest in the betterment of the outpatient radiology industry. 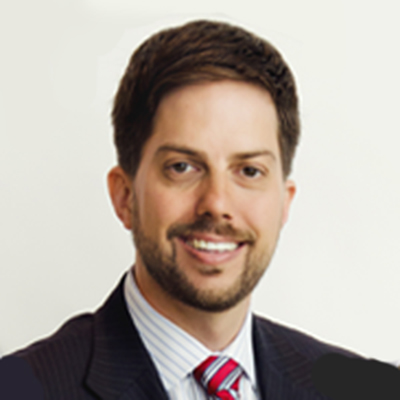 After graduating from Texas Tech University, Mr. Tate attended Southern Methodist University, Cox School of Business where he earned his MBA. Currently, Mr. Tate is the President of Choice Labs.

Mr. Tate's first experience with a "de novo" healthcare venture was in 2001 with an outpatient medical imaging provider. A Texas based company; Preferred Imaging grew from a single center operator to the largest privately held outpatient imaging provider in the North Texas market. Today, the Preferred Imaging brand includes 18 outpatient imaging facilities located in Texas and throughout the Midwest with annual revenues eclipsing $60mm. In 2004, the executive team was approached by a large group of subspecialty physicians to investigate the surgery center environment. Unhappy with their office based practices and those of the local ASC's, Select Health was born and endeavored to bridge the gap between the physician practice and the ASC environment. Today, Select Health is a leading owner/operator of interventional pain management facilities and surgery centers. As the two businesses gained traction, there was a need for autonomy and subsequent fiscal responsibility at the provider level. Preferred Medical Holdings was born in 2008 as the parent company to Preferred Imaging and Select Health. Mr. Tate guided the growth and development initiatives of the two entities as the Vice President of Business Development; building what is today a $90mm healthcare services provider.

As the need for further diversification became apparent, the executive team embarked on a capital campaign and looked to the clinical toxicology space. Aided by a $17mm note secured from a global lender in 2009; Preferred Medical Holdings developed their first laboratory. Choice Laboratories focuses on the clinical toxicology space, supporting pain management providers with their medication-based risk evaluation and mitigation strategies. Today, Choice Labs services physicians across 13 states and has aggressive plans for expansion. 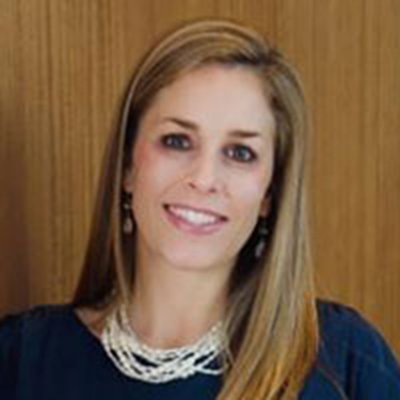 Ms. Walls attended Texas Tech University where she received her MBA in 2001, following a Bachelor’s in Business Administration. After graduating, she moved to Austin, Texas and worked for Premier Research (formerly SCIREX Corporation), a Clinical Research Organization. Ms. Walls worked in Proposal Development for five years, leading the Proposal Development team in securing millions of dollars in new clinical trials.

In 2007, she joined Select Health as Executive Director. She is responsible for overseeing the day to day operations of the business, maximizing referrals through marketing to new and current partner doctors, developing new pain partnerships, and managing the budget. Ms. Walls has played a key role in growing the business from two pain procedure centers to now seven pain procedure centers and three ambulatory surgery centers in the Dallas, Ft. Worth and Austin markets. In 2012, Ms. Walls was promoted to President of the Select Health division, with a focus on strategic planning and business expansion in other surgical specialties. She still remains hands on with day to day operations, ensuring the centers provide exceptional patient care. 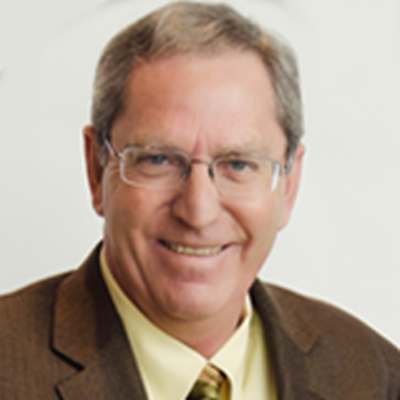 Mr. Richard Schriefer has extensive experience in finance for the medical industry. After holding various accounting and finance positions with HCA, Mr. Schriefer acted as Regional Finance Manager for United Surgical Partners International, an outpatient surgery center company, from 1999-2003. Then, he was a Director for a North Texas-based outpatient imaging provider with facilities throughout the Dallas area. In 2004, he joined the Preferred Medical Holdings team as Chief Financial Officer. He continues to play an integral part in managing the company's financial future. 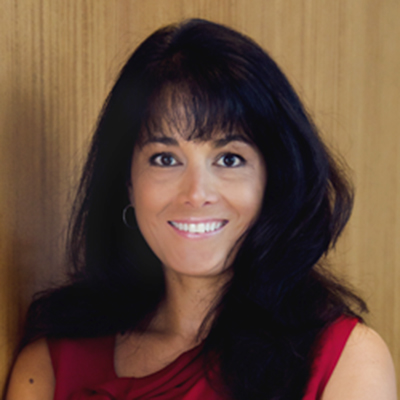 Mrs. Hanna has over 20 years of management experience in the Healthcare Industry. Mrs. Hanna was promoted to President of Cergis Billing in 2012 and has been the executive director since 2008. She has been responsible for overseeing the day to day operations and managing the staff which has grown to 90 employees. During this time the company’s client base has grown from 25 to 96. Cergis Billing provides comprehensive coding, billing, collection and credentialing services to physicians, imaging centers, ambulatory surgery centers and laboratories.

Prior to joining Cergis Billing, Mrs. Hanna managed the operations of Texas Imaging and Diagnostic Center from 1996 to 2008. She was responsible for overall management including AR, operations, marketing and purchasing for four imaging centers. From 1993 to 1996, she was Vice President and Director of Operations of Phymed Diagnostic Imaging Center. She attended the University of North Texas.